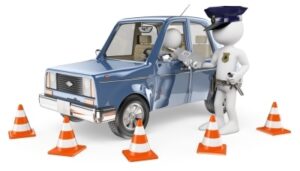 Drinking and driving surprisingly is not against the law in Colorado. What is against the law is if you drink and drive while you are under the influence of alcohol or a drug or impaired by alcohol and a drug. The proper name of the charge is “Driving Under the Influence of Alcohol or Drugs or Both”.  This is commonly referred to as either “DUI” (alcohol) or “DUID” (drugs). In the event that you get pulled over for suspicion of Drunk Driving Denver Co, never forget that you have rights in which you can use to ensure you receive fair treatment.

If the law enforcement officer who stops you believes you are under the influence of or impaired by alcohol then the officer is supposed to give you a choice of taking a sample of your blood (blood draw) or by you providing a sample of your breath (Intoxilyzer). By driving on the streets and highways of Colorado you have agreed ahead of time (“expressly consented”) to submit to one of the tests offered. If you decide not to take a test, then the officer will put you down as a “Refusal”.   While a refusal may revoke your license for 12 months, there is a way you can fight this with a hearing or you can lessen the impact of the revocation by getting an interlock for 24 months to drive with after 60 days of “no driving”.

If the law enforcement officer who stops you believes you are under the influence of or impaired by a drug (marijuana or a prescription drug) then the officer will offer you a blood test.  If you do submit to a blood test for drugs, you will not lose your license at DMV no matter what the test result shows. If you decide not to submit to the blood test, the officer will put you down as a “Refusal”.  Even if you are taking a prescription drug authorized by your physician, if you tell the officer you are on that drug legally, the officer can and probably will still charge you with DUI. Again, even if you have a Refusal, you can drive with an Interlock for 24 months after a 60 day “no drive” period.

When you are stopped, the police officer will ask you a series of questions to gather evidence in their case against you. You must provide a copy of your driver’s license, proof of insurance, and car registration. Beyond that, you can choose to remain silent. Any answer that you give may be used against you. Also, Standardized Field Sobriety Tests (roadside tests) are 100% voluntary and you cannot be punished if you do not take them.  The officer may tell you that if you don’t do the roadsides then he/she will have to take you to jail.  If they say something like that, it means that they have enough probable cause to arrest you already and they will arrest you anyway; whether you do the roadsides are not. The roadside tests add evidence to be used against you.

Directly after your arrest, detainment and release, make certain to contact a DUI Attorney Denver to find out the next steps and what your options are. Obviously, you’ll require the best DUI lawyer in Denver, Colorado to help you with your protection. Don’t settle for just any lawyer ; choose the expert lawyer who can fight for you and win your case in court.