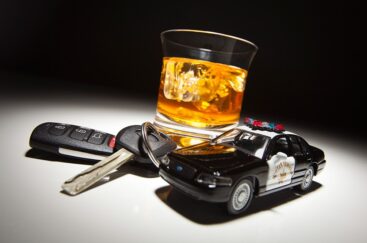 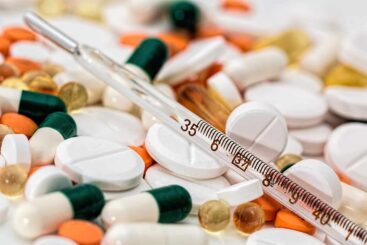 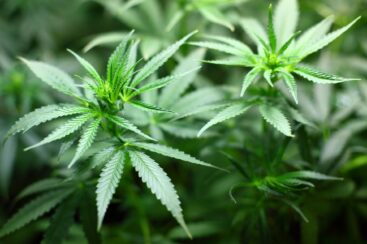 A Denver DUI/DWI arrest is scary for anyone. The lights, the sounds, and the endless questioning from an army of law enforcement. Your mind races as you replay the event over and over again in your head.

What did I say? How did I act? What’s going to happen next?

Rest assured, these are normal feelings for anyone facing a Colorado DUI arrest. But right now, worrying is not going to do you any good. You need to take swift action to protect yourself and your family. And that means hiring the right Denver DUI attorney to represent you.

In Denver and the surrounding areas, the name you can trust is Ann Toney P.C.

With over 30 years of legal experience including 11 years as a prosecutor, Ann knows the ins and outs of Colorado DUI Law. She’s helped hundreds of people fight their DUI, DWAI, and DUID charges in cases just like yours. Ann manages every case with enthusiasm, integrity, and compassion and demands results for her clients.

“Ann provided me with excellent representation. She was accurate, informative and timely with my questions and concerns. She worked hard to get me the best possible outcome for my case.”  -Cory

If you have questions about your DUI arrest, contact us today at 303-399-5556. Ann offers FREE CONSULTATIONS and will gladly explain all the options available for your case. You’re under no obligation by speaking to us. But you will walk away with the peace of mind in knowing where you stand.

The first 3 things you should do after being accused of a DUI or DUID:

DUI cases are won and lost with their details. So write down everything you remember from your DUI stop, no matter how insignificant. Do it now. Your memory will fade over time, and important details that could help win your case could be lost. Any DUI attorney in Denver Colorado will have the best chance of fighting for your rights when they are provided with the most information possible.

Here are some questions to jog your memory:

Take some time to write down everything you can remember from the stop. Just don’t share it with anyone but your Denver DUI attorney. You’ll thank yourself later.

When you get charged with a DUI you have three choices: to provide blood for a blood test, provide breath for an Intoxilyzer test, or refuse all testing, a Refusal.

If you submit to an Intoxilyzer and your test result is .08 or higher or if you Refuse testing, you get a yellow sheet entitled Express Consent Affidavit. Should you get one of these, you have seven days from the date of your arrest to request a hearing down at the Department of Motor Vehicles.

If you provide blood though there will be no action taken in your case unless and until your blood results are returned with a .08 or higher alcohol blood result. If so, you will then get a letter from the DMV informing you that you can request a hearing.

If your license was not surrendered at the time of the arrest it must be surrendered to DMV to receive a Temporary Driving Permit allowing you to drive until your hearing which should be within 60 days from the date you requested it.

The most important decision you’ll make for your DUI case is which DUI attorney in Denver will defend you in court. DUI cases involve a lot of science. In fact, the test reports that are normally the main piece of evidence are supposed to follow specific scientific procedures. Knowing the science behind them better than the scientists and the police and the DA is the only way an attorney can challenge those results. Look at how much training the attorney has in DUI/DUID specific courses. Is the attorney a plea attorney or a trial attorney? Do your research like you would any other important decision in your life.

Take your time to and meet with a few lawyers before you make your decision. Make sure to ask them about their credentials in forensic science before making a final choice. Most reputable attorneys will provide a no cost initial consultation to evaluate your situation. Not every DUI and DUID case is the same, make sure your honest and truthful with your attorney. Most of make sure you are comfortable with your attorney and feel they will make recommendation based on your best interest.

Granted, I talk with people after they have been charged with Driving Under the Influence of Alcohol, Drugs, or Both (DUI or DUID) in Colorado, so people do not come and talk with me until they have been released by law enforcement after taking the roadsides.

What I have noticed about DUI cases are the creative ways in which law enforcement officers encourage drivers to submit to the Roadside tests, also called the Standardized Field Sobriety Tests (SFST).  These are tests designed by the government (National Highway Traffic and Safety Transportation, NHTSA)  to determine whether a driver is driving under the influence of alcohol or drugs or both.

The names of the three (3) “validated tests” approved by NHTSA are: Horizontal Gaze and Nystagmus Test, the Walk and Turn, and the One Leg Stand.  These three tests are supposed to look for indicia of impairment as determined by the U.S. government.

Law enforcement wants you to submit to these three roadside tests as they are a way to collect evidence which will be used against you in the prosecution of your DUI case.  The “evidence”, which are observations by the law enforcement officer, are noted and collected by the officer during his or her investigation for a DUI charge.  With each test the driver is handing to the government evidence to be used against him or her in their DUI case.

What Law Enforcement Says To Trick You

Below are some approaches to watch out for when stopped by law enforcement.

When you are stopped, the officer asks you:

Officer: “How much have you had to drink tonight?”

Note: You do not have to answer.  Just say, “Officer, I have nothing to say.”

Driver: Thinks he has to be honest and tells the officer he has had “2 beers”.

Note: You have no duty to talk to law enforcement. You must give the officer your Insurance, Registration, and Driver’s License. That is it.

When asked “Where are you coming from?”, say, “Officer, I have nothing to say.”  You never want to lie to an officer as that will come back to bite you.  You though, do NOT have to answer his or her questions.  Just be polite.  All of these questions are designed to gather information from you, to prosecute you.

When the officer asks you to submit/perform roadside tests so he/she can see if you are “safe to drive”:

Officer: “Well I would like for you to do a few tests so I can make sure you are safe to drive”

Note: Officer does not tell the driver that the roadside tests are “voluntary”.

There is absolutely nothing in the law that will harm you in the court system or at DMV if you refuse to perform the roadsides.  They are truly voluntary and there are no consequences if you do not do them.  Period.  The threat of jail is what law enforcement often uses to scare the person into performing the tests; then they arrest you.

Note: This threat of arrest and/or jail is usually all that is needed to get the person to submit to the roadside testing.  Again, these tests are voluntary and nothing legally will happen to you should you decline them.

What you don’t know is, if the officer is telling you he or she may arrest you or take you to jail……..the officer then has already decided that they are going to arrest you (or “take you to jail” or “arrest you”) if you do not submit to the roadsides, then that means that the officer wants to scare you that he or she has enough Probable Cause to arrest.  If that is true, then all of these tests will just be used to strengthen his/her evidence against you.

One of Colorado’s Best DUI Attorneys

Ann Toney, P.C. is a prominent Colorado law firm specializing in defending people charged with Driving under the Influence of Alcohol and/or Drugs (DUI and DUID). Ann specializes in defending drunk drivers and impaired drivers either by alcohol or marijuana.

One of Colorado’s Best DUI Attorneys

Ann Toney, P.C. is a prominent Colorado law firm specializing in defending people charged with Driving under the Influence of Alcohol and/or Drugs (DUI and DUID). Ann specializes in defending drunk drivers and impaired drivers either by alcohol or marijuana.